when i heard it, i thought…

That was the prompt at a recent writer’s group I attended. Nothing came to mind at first, so I just played with it until something bubbled up. Here’s what came out (only slightly polished):

When I heard what?

Or a startling jarring banging unexpected sound that made my heart freeze for a moment, and then trip-hammer furiously as I caught my breath and wide-eyed looked around?

Or was it a word, or a phrase? Something said by someone beloved that I’d dreaded ever to hear? Words falling down one-by-one to strike the cement and shatter hopes like glass…

Ah, but I know. It was the sound of the trees singing in the wind: 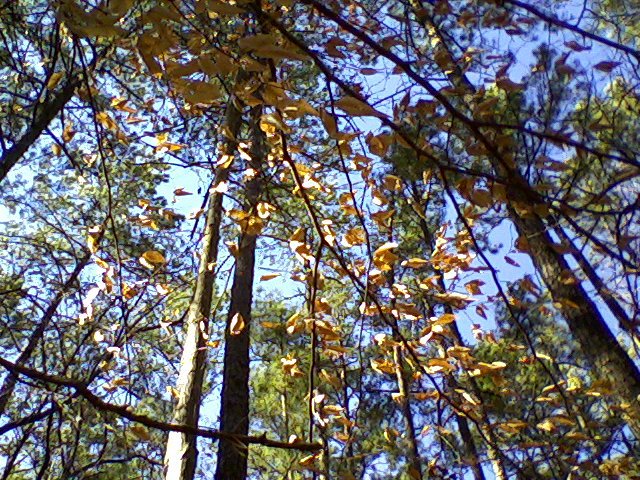 When I heard the sound of the trees singing in the wind, I thought it the most soothing, pleasing sound. In that moment, on a deck in the hills of Maine in the spring, listening to the tall trees’ song, watching them sway in slow motion gently, almost feeling the glancing light off the leaves play over my face… in that moment I wondered if it was among the trees, in the mountains, that I really belonged.

The dream of living on an ocean’s edge, light, lazy, warm, crashing waves, summer days, in a little house with billowing white curtains and wide open to the breeze… that dream was no longer singular, alone. I now wondered if, even having been born in an ocean town, I no longer knew that it was the best place for me.

The sound of trees singing unhinged me free.

This entry was posted in Uncategorized and tagged littlehouse, mountains, trees. Bookmark the permalink.