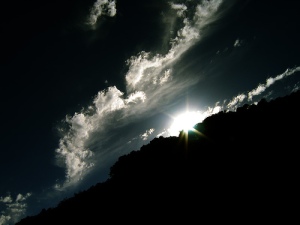 Please work out your own salvation without needing MY fear and trembling!

It just occurred to me that one of things I find troubling about the christian religion — or at least some streams of it — is that so many have been so busy working out their own salvation based on other people’s fear and trembling!

(This is maybe true of other religions as well, athough I think hyper-evangelizing is unique to christianity.)

I do know that there’s a scripture passage (or passages) that can be interpreted to mean that we are charged with telling others about christianity and that furthermore we are responsible for the salvation of “our brother’s” soul.  Certainly the arms of christianity that are so hyper-focused on evangelizing have taken that message (er, interpretation) to heart.  At best, their efforts are — as I see it — a compassionate attempt to lift others up.  At worst, they are a self-absorbed attempt to win one’s way into heaven.

It’s kind of ironic that this insight occurs to me now, at a time when I am trying to figure out if I’m too focused on anti-gay christians and the harm that they cause.  There are those who would rather I “not try to change people,” and instead just focus on my own vibrant life.

Is there a difference between a christian’s motive to save my soul and my motive to stop the harm their theology is causing?

I think so.  But I needs must be careful.

This entry was posted in Uncategorized and tagged bad theology, christianity, salvation. Bookmark the permalink.