Where/when do we cross the line from tolerance (civility, “love”) to passively allowing oppression and injustice?

Is there a difference between a christian’s motive to save my soul and my motive to stop the harm I believe their theology is causing?

I think so.  But I must tread carefully…  (continuing from my post here.)

Starting from an inner peace perspective:  I get it that I can let other people walk around with my serenity in their back pocket without their even knowing it.  I get it that I am the one who lets them do so.

It doesn’t play out in my behavior all that often, though!

Here is the rub:  I want those who think they are right in their discrimination of me (and others) to stand down and choose happiness instead of needing to be right.  Does that mean I’m wanting to be right?

I spent the better part of two decades practicing letting go of being right.  (Note that I say practicing, not succeeding!)  But these last few years I have observed and experienced the kind of betrayal — from christian communities — that raised the bar for me from an individual inner peace perspective to one of social (in)justice.  And I no longer even want to practice letting go of being right!  I find no peace in that.  I cannot be silent.

A recent post on John Shore’s blog (here) addresses a progressive christian professor’s dilemma when faced each year with the contract he must sign to be reappointed.  His signature “reaffirms a denominational statement declaring same sex relationships morally illegitimate.”

The ensuing conversation in the comments tries — but fails — to find consensus about where the thin line is that I seek.  Many poignant stories are shared in those comments about how such a signature betrays and wounds.  Many point out that those betrayed include the professor himself.

Others caution and call for less strident action, believing it’s more effective for the professor to stay and engage in the community, and perhaps by his presence affect change.  (Pah!)

A quote from Oriah Mountain Dreamer adds an interesting nuance to where the line might shimmer, almost visible, in the air:  “Lack of attachment to having things work out the way we want them to is not the same thing as the indifference that comes from not fully committing to a human life… Life without essence awareness lacks meaning & connection.  Life without an individuated sense of self (eg-awareness) lacks fire & direction.”  (from The Call) 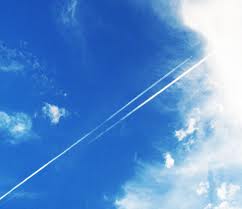 So there is a way for me to be passionately firm about what I believe is right without my being “attached” to the outcome?  I try to present that non-attachment in my words… but I tell you the truth that in my heart I am attached.

Other quotes I’ve read these last few days/weeks that made me feel like cheering:

“This isn’t about mutual tolerance because there’s nothing mutual about it. If we agree to disagree on this issue, you walk away a full member of this society and I don’t.”  (Wayne Self)

“The notion that intolerance of gays is something that needs to be respected and treated as a legitimate form of diversity within the population is RIDICULOUS.”  (A friend, Liz Dyer)

In response to a friend’s plea to love one another “even if we disagree ideologically or politically, or religiously,” Liz says: “…there are some religious, political and/or ideological beliefs that are discriminatory and harmful to others and this “let’s play nice” message is inadequate to help us know how to respond in the name of justice.”

And this, from a post by Kimberly Knight (actually, this was Kimberly responding to someone’s comment on her post): “I have to reread Letter from Birmingham Jail about every other month to remember it is ok to be firm and resolute in seeking the truth of justice for all…people.”

No firm final answers for me in any of that, of course.  That would be too easy, and besides it would echo the black-and-white thinking that I detest in fundamental religion. 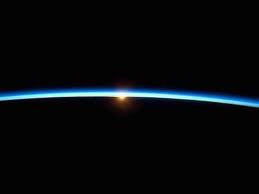 This entry was posted in Uncategorized and tagged acceptance, attachment, injustice, justice, religion. Bookmark the permalink.